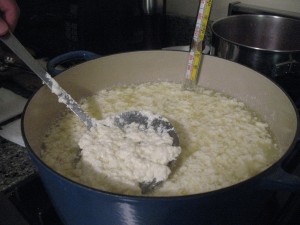 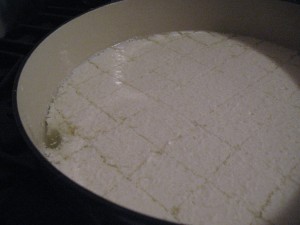 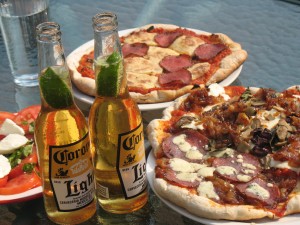 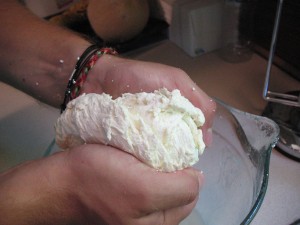 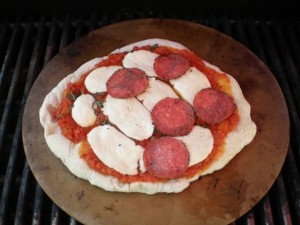 Wow you guys can cook!
I received recipe submission’s for last month’s “Comfort Food” recipe contest from all over the world! I really enjoyed the variety of dishes that inspired comfort in all of you, from Diet Coke cake, cheese balls, tuna casseroles (a myriad of combination’s) to chocolate frosting (eaten right out of the bowl!).

What I really enjoyed were the stories that accompanied the recipes. Food is such a memory-jerker. It was clear a lot of you hold very fond memories surrounding the recipes you submitted. Here’s an excerpt from one:

Grandma Gladys Christmas Ball
For about 45 years, my family and I spent Christmas Eve with a neighbor who became our family’s grandmother by proxy. She made this appetizer every year. We never found the exact ingredient amounts written down, she told us the ingredients a few times. Since she passed away in 2001, we have made this same ball and served it every Christmas. Grandma Gladys and Grandpa Harry had no children of their own, we were their only family. My memories began in the early 60’s, the cocktail era. Grandma always had a “toddy” in her hands on Christmas Eve, usually Southern Comfort and Cranberry Juice. The 80’s became my children’s memories, but Grandma and Grandpa were still stuck in the 60’s with their decorating tastes, cocktails and bouffant hair. Imagine sitting at their retro bar, paneling on the walls, red fur pillows on fake leopard print couch and a blazing white rock fireplace. Fabulous.

After reading through all the recipes, trying our favorites, and eating lots of leftovers, Ben and I have chosen the winner. We based our decision on a few key factors. One, we loved the recipe. It was easy, delicious, a pantry cleaner-outer,  and very comforting, especially with the current weather we are having in Maine. Second, we also agreed with the author – it can fix a bad day. Especially with extra cheese.

So congratulations, Lisa Speer! You are our Gal Foodie Favorite pick for February’s Comfort Food Recipe Contest! Hold the cheese!

The Story
“This recipe is pure comfort food to me. I vary the ingredients with whatever types of canned tomatoes and pasta that I have around, usually whatever has been on sale in the previous weeks. When I’m feeling on the heavy side I omit the pasta and pretend the cream and cheese are my friends. It is guaranteed to make me feel better when I need comfort food, every time. If this recipe doesn’t win the Silver Palate Cookbook that I’ve wanted for twenty years (I don’t have the original either), I will have some. With pasta. And extra cheese.

Thank you to everyone who entered, and watch for the March Recipe Contest: Recipes for Celebrations

This is one of my more favorite childhood memories of my Dad, and funny enough, it involves meatloaf. I think I was around 7 or 8, and my brother was probably 4. Dad was left to his own devices when it came time to cook the 3 of us dinner one night. He decided on meatloaf, which seemed an easy crowd pleaser. 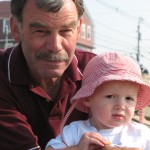 My Dad, with his beloved grandson, Drew.

How hard could it be to throw some ground beef in a bread pan and bake it? But with 2 distracting, rambunctious kids in feety pajamas bouncing off the walls of our tiny kitchen, the meatloaf became more of a “work in progress” than he had bargained for.

Into the pan went the lump of meat and other ingredients he had combined and shaped into a loaf. Satisfied that he had accomplished the feat of dinner, the meatloaf went into the oven. I don’t exactly know what kick-started his memory of the meatloaf recipe after the fact, but I DO remember him suddenly exclaiming “The eggs!” as he leaped off the couch, and out came the meatloaf. It went on like this for several more attempts. “The ketchup!” “The cheese!” And each time the exclamation was followed by the meatloaf coming out of the oven, being remixed and put BACK into the oven. It was fun. And funny. And the meatloaf was pretty good, Dad. The memory, that much better.

I can probably count on one hand the number of times I’ve made meatloaf in my adult life. Ben made a request for it this weekend, and with winter well underway here on Mount Desert Island, it sounded like the perfect comfort food for a snowy evening. When I say this is the best meatloaf I have ever had…Heck, when BEN says it, we know we’re on to something. Juicy, savory, bacony, speechless. 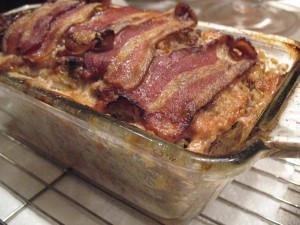 Little did we know how amazing and versatile my meatloaf recipe was going to be. We squeezed a meat and potatoes dinner, 2 sandwiches, and a pasta dinner out of one loaf.

The Meatloaf of Love
Serves 8
1lb of Ground Turkey
1 lb of Ground Beef (90% lean)
1 cup finely chopped onion
1 cup Panko bread crumbs
2/3 cup Ketchup
1 tbsp Italian herb mix*
3 large eggs, lightly beaten
1 tsp Worcestershire sauce
1 tsp salt
1/2 tsp pepper
4 strips of bacon, cut in half
* I got this herb mix from Rossi Pasta, in one of their gift baskets. it’s basically a smidgen of all of the following – enough to make a tablespoon: Basil, oregano, rosemary, marjoram, and thyme. Dried or fresh – it’s up to you.

Directions
1. Mix the wet ingredients with the dry until combined.
2. Knead in the meats until blended. Over kneading, however will produce a chewy result.
3. Shape into a prepared loaf pan and put strips of bacon over the top
4. Bake at 350 for 1 hour, or until a meat thermometer reads 170 (remember you are cooking turkey which needs a higher temp to be safe.)
5. Remove from the oven and drain off excess fat. Serve with mashed potatoes and smothered in gravy.
6. Fall in love. Eat too much.

Other Fab meals from this recipe:
1. Grill a slab of meatloaf in a dab of olive oil, on both sides. Place between two slices of bread slathered with ketchup and mayo, and grill on both sides. Fall in love.

2. Grill a slab of meatloaf in a dab of olive oil, on both sides. Place atop a pile of linguine and cover with red sauce and Parmesan cheese.
Fall in love.

Last night was “clean out the fridge” night, and after a weekend of heavy eating (I’ll be blogging about that shortly), Ben and I were both ready

for a little green in our diets. I whipped up this healthy and hearty steak salad in about 20 minutes. The fun came when Ben and I decided to add our own “flair” by using up stuff we found in the cheese drawer. What resulted was a delicious salad for each, and an emptier fridge.

Directions
1. Season steak with olive oil, Worcestershire sauce and Montreal Steak Seasoning. In a frying pan (I love to use my cast iron skillet) on high heat, sear steak on both sides (1-2 minutes per side) then reduce heat. Cook until done to your liking. We prefer ours medium rare.

2. While steak is cooking, or if not enough room, remove steak, and add peppers, onions and mushrooms to the pan. Cook 5-8 minutes, or until desired crispiness.

3. In 2 bowls, divide spinach. Slice the London broil thin and layer on top of the greens. Top the steak with grilled veggies. Add tomatoes, cheese, avocado and Josie’s Balsamic Vinaigrette.

Josie’s Balsamic Vinaigrette
In equal amounts whisk olive oil together with balsamic and red wine vinegars. Add dashes of salt and pepper, oregano, basil, and 1/2 tsp Dijon mustard. Whisk until completely combined. Will keep in the fridge up to one week.